My life by Bill Clinton

www.ej-cafe.com 10:50 reading, tienganhcaocap
President Bill Clinton’s My Life is the strikingly candid portrait of a global leader who decided early in life to devote his intellectual and political gifts, and his extraordinary capacity for hard work, to serving the public. 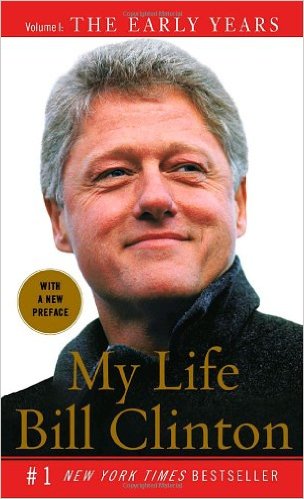 It shows us the progress of a remarkable American, who, through his own enormous energies and efforts, made the unlikely journey from Hope, Arkansas, to the White House—a journey fueled by an impassioned interest in the political process which manifested itself at every stage of his life: in college, working as an intern for Senator William Fulbright; at Oxford, becoming part of the Vietnam War protest movement; at Yale Law School, campaigning on the grassroots level for Democratic candidates; back in Arkansas, running for Congress, attorney general, and governor.

We see his career shaped by his resolute determination to improve the life of his fellow citizens, an unfaltering commitment to civil rights, and an exceptional understanding of the practicalities of political life.

We come to understand the emotional pressures of his youth—born after his father’s death; caught in the dysfunctional relationship between his feisty, nurturing mother and his abusive stepfather, whom he never ceased to love and whose name he took; drawn to the brilliant, compelling Hillary Rodham, whom he was determined to marry; passionately devoted, from her infancy, to their daughter, Chelsea, and to the entire experience of fatherhood; slowly and painfully beginning to comprehend how his early denial of pain led him at times into damaging patterns of behavior.