www.ej-cafe.com 11:14 tienganhcaocap
Mr. President; Mr. Secretary General; fellow delegates; ladies and gentlemen:  As I address this hall as President for the final time, let me recount the progress that we’ve made these last eight years. 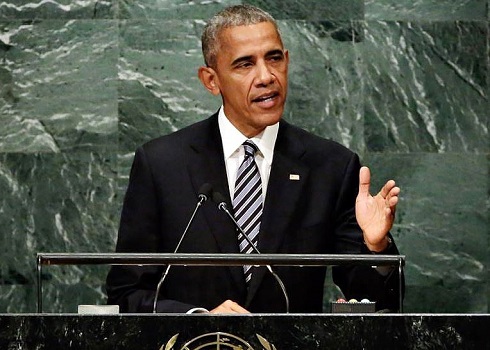 From the depths of the greatest financial crisis of our time, we coordinated our response to avoid further catastrophe and return the global economy to growth.  We’ve taken away terrorist safe havens, strengthened the nonproliferation regime, resolved the Iranian nuclear issue through diplomacy.