The Second presidential debate-Trump vs. Clinton

www.ej-cafe.com 08:31 tienganhcaocap
Anderson Cooper: Thank you very much. We're honored to be here. Also the Commission on Presidential Debates for sponsoring this. This is obviously a town hall format tonight — a chance for the Americans on this stage and thousands of people who have sent in questions online to ask questions directly to the candidates. 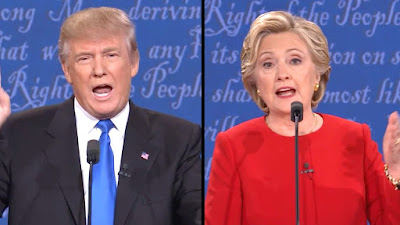 Martha Raddatz: After they've asked their questions, they've promised to remain silent and I know you've heard this before this evening, but no outbursts of any kind. We want to keep this focused on the candidates and the people who are asking the questions here. We appreciate your cooperation and we'll start shortly. Great to see you all.