www.ej-cafe.com 09:08 tienganhcaocap
President Obama: Hola Peru!   Asu!  Muchas gracias.  Thank you so much.  Thank you.  Everybody, please have a seat.  Thank you, Cyntia, for your kind words and your great work here in Peru in bringing people together across generations to meet challenges.  Please give Cyntia a big round of applause for the great introduction.

So it is wonderful to be here in Peru.  I want to thank everybody at Catholic University of Peru for hosting us.   I want to thank the government and the people of this beautiful country for your hospitality. 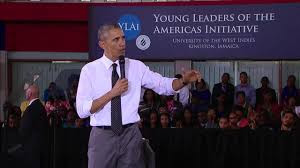