Home tienganhcaocap Which Came First -- the Chicken or the Egg?

Which Came First -- the Chicken or the Egg?

www.ej-cafe.com 08:41 tienganhcaocap
Now, the VOA Learning English program, Words and Their Stories.In the English language, some animals have come to represent human characteristics. Lions are brave. Foxes are tricky. And elephants are loyal, just to name a few. Then there are chickens. 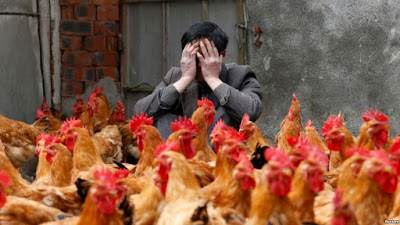 The English language has many chicken idioms and expressions. And, for the most part, none of them represent anything good.
For example, a chicken can describe someone who is scared or afraid. Children commonly tease each other about being chicken. They often use actual chicken noises to make the teasing even more descriptive.
The phrasal verb chicken out has a similar meaning. If you “chicken out,” you decide not to do something because you are too scared.
For example, let’s say you and your friends are at a party. They dare you to go on stage and sing with the band that is playing. “No problem,” you say. You’re not chicken, you tell yourself. But as you walk toward the stage, sweat starts dripping down your back. Your heart beats faster. Without realizing it, you are backing away from the stage and running toward the restroom.
You have chickened out.
There are other ways in English to insult someone using chicken expressions.
If you are running around like a chicken with its head cut off you are acting in a crazy way. You don’t seem in control of your mind or body. This comes from the gruesome fact that sometimes when a chicken’s head is cut off, its body can still run around before it dies.
You can use this expression in many situations. To use another party example, let’s say you are planning a big party for a friend. You are in charge of inviting guests, choosing the food and drinks, decorations and entertainment. So, you are in charge of everything! You have a lot to do.
So, you ask your best friend, Christopher, to help. But he’s not a big help. All he can think about is who he’s inviting to the party. You see, his girlfriend is out of town. So, he invites a woman he’s been dating secretly, Liza. You warn him that this could backfire. But he doesn’t care.
The day of the party comes. And things start going wrong almost immediately.
The florist sends funeral flowers instead of the bright party flowers you ordered. The food you ordered is frozen and will not be ready for at least another day. The drinks are warm because you don’t have enough ice. And the lead singer of the band is sick.
You run around like a chicken with its head cut off trying to fix all the problems. When the food delivery man hands you a bill for the food no one can eat yet, you tell him you can’t read it. His handwriting is like chicken scratch. If someone is a really messy writer, you can compare their handwriting to the markings that chickens make on the ground with their feet -- we call that chicken scratch. 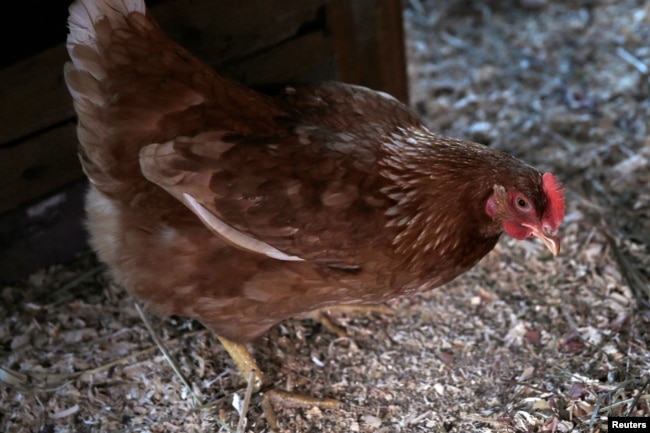 Chickens scratch at the ground with their feet. Chicken scratch is also slang for bad handwriting.
Finally, you calm down.
You ask a friend to buy more ice for you. You ask another friend to order some pizzas. And then you ask your Uncle Fred to sing with the rock band. He’s older than they are, but he still sings really well.
“Well, I’m no spring chicken,” he says, “but I’ll do my best!”
If someone is old, we can say they are no spring chicken. This expression is informal and could be insulting. So, use it with care. Most importantly, we always use this expression in the negative. You would not call someone who is young “a spring chicken.”
This leads us to another chicken idiom. This one is not an insult, but it does describe a bad situation.
What happens when your chickens come home to roost?
First, what is to roost? To roost means to settle down for rest or sleep. We usually use it when talking about birds. Chickens usually return to their homes to rest. When we say your chickens have come home to roost, we are saying that your past wrongdoings have returned to negatively affect you. In this expression, the chickens represent the things that you did wrong in your past.
For this idiom, let’s use your best friend Christopher. One of his “chickens” is that he’s been secretly dating Liza. In fact, this “chicken” comes to the party. And so does his girlfriend -- the girlfriend he thought was out of town. She sees Christopher and Liza dancing closely together and demands to know what is going on!
His girlfriend yells at him. Then Liza yells at him. Then they both yell at him. It’s awful. You could say to Christopher, “Well, I warned you. And now your chickens have come home to roost!”
But you don’t say this. He’s your friend. And nobody likes to hear, “I told you so.”
Like we said earlier, we usually use “chicken” in a negative way -- well, except with this last example. You may have heard people ask: Which came first, the chicken or the egg?
We ask this question when talking about a cause-and-effect relationship between two things where we don’t know which happened first. What is the cause and what is the effect?
We often shorten it to simply chicken-and-egg. You can call something a chicken-and-egg situation or a chicken-and-egg problem.
Here is how to use it. Let’s say you don’t like math. You don’t do very well in the subject at school. You could say, it’s a chicken-and-egg kind of thing. You don’t know which came first. Do you dislike math because you’re not good at it? Or are not good at math because you don’t like it?
This is a classic chicken-and-egg situation.
So, back to the party. People are enjoying the pizza, the drinks are cold and Uncle Fred is rocking out with the band. People are even having fun taking their picture with the “R.I.P.” ribbons in the funeral flowers. Everyone is having a good time.
Well, everyone but Christopher. He’s still busy dealing with his roosting chickens.
That’s the end of this Words and Their Stories.
What does the chicken represent in your language?
Do they represent good things, bad or both? Let us know in the Comments Section!
I’m Jonathan Evans …
… and I’m Anna Matteo.