AA: I'm Avi Arditti with Rosanne Skirble, and this week on Wordmaster -- a tribute to Allen Walker Read, who died this month at the age of 96. Mr. Read devoted his life to a kind of linguistic detective work on the origins of American speech. 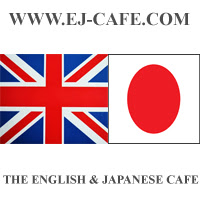 Listening online or download (link1);
Listening online or download (link2).
RS: As an English professor at Columbia University in New York, Allen Read became most widely known for tracing the term "O.K." all the way back to the 1830s.
AA: As his friend Richard Bailey at the University of Michigan tells the story, jokes with language were popular at the time, including those that used ridiculous abbreviations.
BAILEY: "And in the course of this humorous exchange appeared in 1938 in Boston the expression 'O.K.,' standing for 'all correct' -- O-L-L K-O-R-R-E-C-T.'"
RS: "Now that's misspelled."
BAILEY: "Well, that was the joke, and the real point here is that these young men who made up all these expressions turned out dozens of them, and they all fell dead instantly except this one, and it was picked up just very soon after that by the campaign for the president of the United States, Martin Van Buren. Now, Van Buren lived in Kinderhook, New York. So they called him 'Old Kinderhook.' Now the reason that they could do this is that O.K. was still around and had a kind of slangy, fresh, exciting quality to it, so these political advisers seized on the O.K. and made use of it. And that's what people have done every since.
RS: "But why did it have such staying powers?"
BAILEY: "Well, there actually isn't an answer to that. Of course, it's short and easy to remember, but that would describe many creations. This is the one that succeeded. And one of Allen Walker Read's wonderful essays is about the folklore of O.K. and the fanciful tales that people have thought up to explain it."
RS: "But he actually was the one to go back and take a look and pin it down and actually put a date on it."
BAILEY: "That's right, and of course the contest is still open to all comers. Anybody who wants to go and find an example of O.K. before March 23, 1839, will win the prize."
AA: "Which is?"
BAILEY: "Well, being the O.K. expert. (laughter)"
AA: "Now, O.K. has made its way around the world. I've heard it described as the first truly global term or word or whatever you want to call it."
BAILEY: "That's exactly right. It's everywhere in the English speaking world and in almost all languages of the world. When you see in Asia garments with O.K. printed on them, it's because it somehow expresses this American freshness and flavor. What Allen Read wanted to do was to say this is so typically American."
RS: "What do you think the contribution here is. What do you hope the people who read this work will come away with?"
BAILEY: "Allen loved to talk about what he called the play spirit in language and the way people express joy through fooling with words. So Allen Walker Read was a wonderful man for identifying and bringing to our attention the playful in language."
AA: "Now do you think if he were still around, he would be chronicling, let's say, the Internet speech where you've got spelling forever with the number 4 e-v-er and 'laughing out loud' as 'lol.'
BAILEY: "Sure he would. Oh, absolutely. I mean, his apartment in New York was filled with papers, because he would read newspapers and write down things he saw on subway walls. And he made this huge data file, so having the Internet would be wonderful for him. His first book was sayings that he found written on outhouse walls on his travels around western America, and nobody had ever studied these, but he saw them as expressions of ordinary people often being playful with language."
RS: "And expressions of who we are as Americans."
BAILEY: "Yes, exactly."
AA: Richard Bailey is the editor of a collection of Allen Read's essays called "Milestones in the History of English in America," published this year by Duke University Press.

RS: And that's Wordmaster for this week. We're on the Internet at voanews.com/wordmaster. And our e-mail address is word@voanews.com. With Avi Arditti, I'm Rosanne Skirble.