www.ej-cafe.com 08:13 tienganhcaocap
What an honour it is to be here in Viet Nam — in the very heart of the Indo-Pacific — to address the people and business leaders of this region.

This has already been a remarkable week for the United States in this wonderful part of the world.  Starting from Hawaii, Melania and I traveled to Japan, South Korea, and China, and now to Viet Nam, to be here with all of you today. 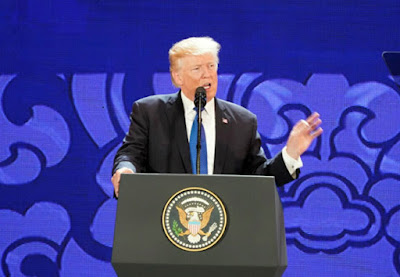