Home tienganhcaocap Expressions to Bring Out the Kid in You!

Expressions to Bring Out the Kid in You!

www.ej-cafe.com 20:49 tienganhcaocap
Now, it’s time for Words and Their Stories, a program from VOA Learning English. On this program we explore common expressions in American English.

Every year in the United States, we celebrate Mother's Day on the second Sunday in May. So, in honor of mothers and mothering, today we are talking about expressions that use the words “baby,” “child” or “kid.” 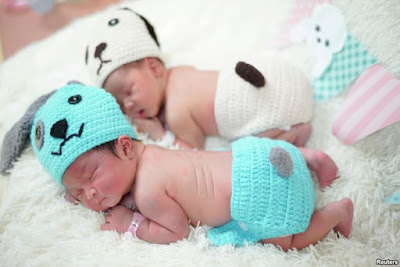 In this 2017 photo, newborn babies wearing dog costumes to celebrate the New Year of the Dog in Bangkok, Thailand.
Ah, babies!
Babies need lots of love, care and attention. Most new parents spend every waking moment caring for, worrying over and thinking about their baby.
This applies to other things too! In American English, anything that you have focused and worked on for long periods of time can become your “baby.”
Let's say your friend Sam is opening a new coffee shop. He has invested his own money into it. For months he spends all day every day getting the shop ready for customers. In the evenings, he works on hiring, advertising and menu options. And at night, as he tries to sleep, he worries about it. He really wants it to be a success.
So when Sam’s friend asks about the progress of the business, she could say, "So, how’s your baby coming along?” Yes, using “baby” in this way is slightly informal. But it is very common and okay to use in just about any situation.


The opposite of caring for a baby would be throwing it out with its bathwater. What?! “That is terrible!” you might be saying.
Yes, it is terrible except -- when we do it in conversation. Then it is a useful expression.
Throwing the baby out with the bathwater means to get rid of all of something, (like the baby and the water it was bathing in) even though some parts of it were valuable and definitely worth keeping (like the baby)!
We often use this expression when we advise people to not act rashly or go to extremes.
For example, let's say a married couple has been working with a designer for months on redecorating their home. They choose furniture, carpeting and wall color. But then suddenly, the designer pulls out of the project. The husband and wife are upset.
The husband does not want to start from the beginning. He didn’t enjoy doing it the first time!
But the wife says, "Look, there's no need to throw the baby out with the bathwater. Let's keep all things we have already chosen. We can hire a new designer just to help us put them in the house."
Problem solved!
Now, not all expressions related to children are actually about children. Some of them are about adults.
If a grown-up is a babe in the woods, he is defenseless and naive. He is easily fooled, and nobody expects much from him. The opposite of a babe in the woods is a veteran, someone who is seasoned or experienced.
For example, the law office had mostly seasoned, professional lawyers. But one young man was just out of school. He did not even know the most basic rules for the courtroom. As a result, he lost his first case. The judge called him a “babe in the woods.”


Such a person is different than a new kid on the block. A new kid on the block is simply a newcomer to a group of people who know each other well. Here, “block” means part of a neighborhood.
When you are the new kid on the block, you do not know yet how things operate in a new environment. Your ignorance can be good or bad. Maybe you bring new energy, skills, or talent to the group. Or maybe you spend a lot of time wandering around looking for the bathroom.
Whether you are a teenager in a new high school or a grown-up starting a new job, being the new kid on the block is often uncomfortable.
Do you know what is not uncomfortable? Playing. Children do it naturally and effortlessly. So when we say a job is child's play, we mean it is very easy to do.
Note that this expression can be a little bit mean, because it suggests that the work is so simple even a child could do it (which is actually its own expression.)
Let’s say in a meeting one of your co-workers says that she finds creating a spreadsheet really difficult. You say loudly to everyone, “Really? I finished mine in a few minutes. It was child’s play! You just input the information.”
This makes your co-worker angry. She is so angry with you that she looks for a way to get you back. In other words, she might do something mean in return. At lunchtime she finds her chance!
When you step outside for something to eat, you leave all your notes about an important, top-secret meeting on your desk. When you return, your co-worker is telling everyone else about the details of the meeting – details that no one was supposed to know.
You say to her, “Where did you get that information?”
She looks at you coldly. “On your desk,” she says. “It was like taking candy from a baby.”
Of course, babies should not be eating candy. But if a baby were eating candy, and an adult took it away, the baby could not fight back. He might cry and be upset, but he is helpless compared to the adult.
And that is the situation with your co-worker. She just walked in and picked up your notes. She is the adult. The notes are the candy. And, unfortunately, you are the baby.
Now, if someone takes candy away from a baby, the parents might demand that the person replace it. This isn’t so bad. Going to a candy store is fun!
For many kids, being in a candy store is pure joy. Wide-eyed and smiling from ear to ear, they run from sweet to sweet, imagining how everything will taste and trying to decide what to choose.
So, if someone is very excited about all the possibilities in front of her, we say she is like a kid in a candy store.
For example, whenever I go into a library, I feel like a kid in a candy store. There are so many books I haven’t read and I don’t know where to start first!
And that’s the end of this Words and Their Stories. I’m Anna Matteo. And I'm Bryan Lynn.

0 Comment "Expressions to Bring Out the Kid in You!"